My parents were Julius and Ethel Rosenberg, American communists executed in 1953 for conspiracy to commit espionage. I was three years old when they were arrested and six when they were executed.

The Rosenberg Fund for Children: Another Rosenberg Legacy [in English]

The privilege of directing the RFC has made the last 21 years the best of my life. The decades that preceded it were more difficult. In the 1970’s my brother and I had been plaintiffs in a lawsuit… Read More

An interview with Robert Meeropol by a prominent French periodical, on the eve of World Day Against the Death Penalty, 2011, and Robert's participation in Paris in events marking the occasion...Pour… Read More

Activists in the Crossroads: from the Rosenbergs to Wikileaks

Host Kathy Partridge interviews Robert Meeropol on "Connections" on KGNU Community Radio in Boulder, CO, about the connection between his parents and Wikileaks founder, Julian Assange; his visit and… Read More

Meeropol on Assange and Espionage Law

Tuesday, January 25, 2011 By BRIAN STEELEbsteele@repub.com AMHERST - Robert H. Meeropol was 6 years old when his parents were executed as spies. Now he is offering his perspective on WikiLeaks, whose… Read More 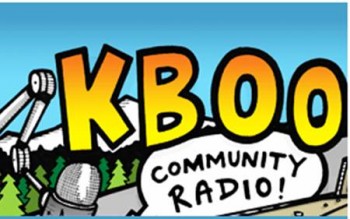 The fight to protect Julian Assange

The US Espionage Act of 1917 is a threat to an open society; used to send dissenters to prison for voicing their opinions, transforming dissent into treason, argued Robert Meeropol. Will WikiLeak’s… Read More

Son of Julius and Ethel Rosenberg: "My Parents Were Executed Under the Unconstitutional Espionage Act—Here’s Why We Must Fight to Protect Julian Assange"

December 30, 2010- As the Justice Department considers charging WikiLeaks founder Julian Assange under the Espionage Act of 1917, we speak with Robert Meeropol, the son of Julius and Ethel Rosenberg—… Read More

The Espionage Act is a huge danger to our open society; it's been used to send hundreds of dissenters to jail just for voicing their opinions, transforming dissent into treason. December 29, 2010 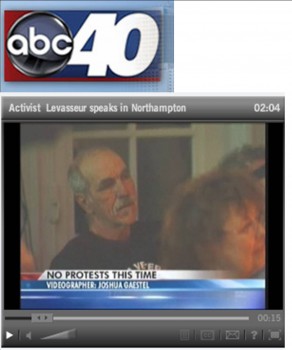 Raymond Luc Levasseur was a militant activist who was acquitted of sedition during a trial in Springfield in the 1980s. He was convicted on other charges stemming from the Ohio seven's bombing of… Read More 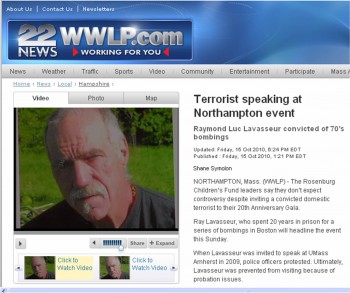 Diane Lederman, The Republican October 15, 2010 NORTHAMPTON – The last time convicted bomber Raymond Luc Levasseur was scheduled as part of a panel at the University of Massachusetts, the planned… Read More