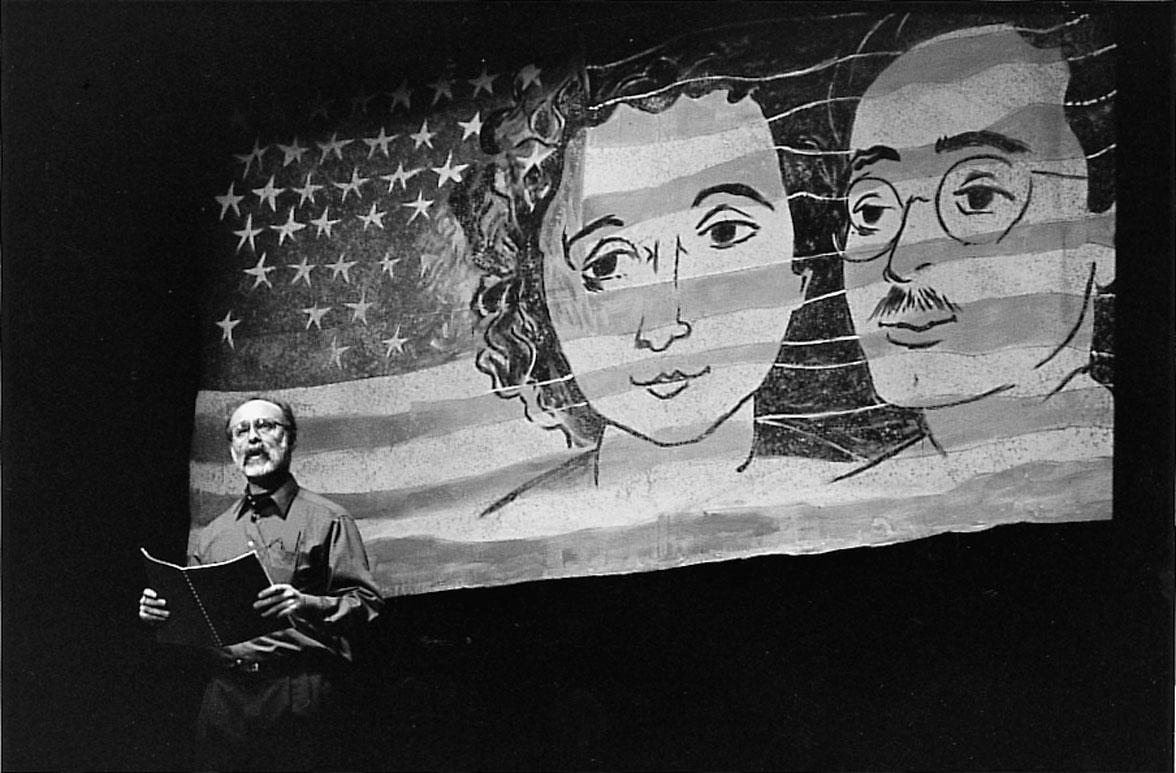 My father's name is Robert Meeropol, but he was born Robert Rosenberg. When he was three (photo, right), my grandparents, Ethel and Julius Rosenberg, were arrested and charged with giving the secret of the Atomic Bomb to the Soviet Union. 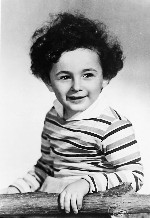 When he was six, the government executed my grandparents at the height of the McCarthy era. Now, more than sixty years later, I can sense the same chill winds that wreaked havoc on his life and many others, once again sweeping our nation.

In recent years, we have witnessed the most rapid and widespread erosion of our civil liberties since the 1950’s. Those who speak out in opposition to our criminal war abroad and the growing repression at home are condemned as “traitors” and treated as enemies of the state.

These conditions are familiar to anyone who lived through or heard about the anti-communist hysteria of the 1950’s. After my grandparents’ arrests, my relatives were so frightened of being associated with "communist spies" that they refused to take my father into their homes. First he lived in a shelter. Later he lived with friends of my grandparents in New Jersey, but he was thrown out of school after the Board of Education found out who he was. After my grandparents' execution, the police even seized him from the home of his future adoptive parents, and he was placed in an orphanage.

Bad as this was, it could have been much worse. As my father grew older, he came to realize the debt he owed to so many generous individuals whom he never met, but who rallied to his support. As a result of their collective efforts and generosity, he grew up in a loving household and flourished in the supportive environment provided by child-oriented progressive institutions.

In 1990 my father figured out how he could repay the community that helped him survive. He initiated the Rosenberg Fund for Children to find and help children who are enduring the same kind of nightmare he endured as a child. You may be shocked to learn that there are hundreds of children in these circumstances in this country today! Moreover, as thousands of outraged young people across the nation protest against injustice, many of these activist “children” are themselves becoming the targets of repression.

Angela Davis introduces Robert Meeropol, who describes why he started the Rosenberg Fund for Children, a foundation honoring his parents, Ethel and Julius Rosenberg, by helping children in the U.S. today whose parents are progressive activists who have been targeted for their work in social justice movements. Reading at the Rosenberg Fund for Children's "Celebrate the Children of Resistance" event, Boston, MA, June 19, 2007.

As happened during my father's childhood, our beneficiaries’ lives have been thrown into turmoil by the harsh reprisals aimed at those resisting repression today. The Rosenberg Fund for Children provides the shelter of a supportive community for children whose parents are working for social justice, and -- as a direct result -- have lost their livelihood, their liberty, their physical or emotional well-being or even their lives in the course of that work.

Children are suffering right now because their parents have been persecuted in response to their involvement in progressive movements including the struggles to preserve civil liberties, wage peace, safeguard the environment, combat racism and organize on behalf of workers, prisoners and others whose human rights are under threat.

My father's experience taught him what is needed to ease the pain of these children. He never would have survived to build my life and create the Rosenberg Fund for Children were it not for the help he received from a supportive community made up of so many socially aware individuals and institutions. He started the Fund to enable today’s members of this community to rally around the children of this era’s targeted activists, and I'm continuing to honor our family's legacy as I lead the RFC today.

The Rosenberg Fund for Children provides for its beneficiaries’ educational and emotional needs in the same way that my dad was helped. The Fund makes grants to institutions and professionals who nurture these youngsters and cultivate progressive values.

For the first time, many of these children have been able to learn and flourish in a supportive community of sympathetic peers and adults. Attending a school or a summer camp that celebrates struggles for economic and social justice has a powerfully positive impact on a child whose parents have been attacked for participating in such struggles.

Children in traumatic circumstances yearn for stability.  The RFC recognizes that need and aims to make long-term commitments to our beneficiaries.  Once children have begun receiving grants, the RFC strives to continue providing aid until the children reach an age where they are no longer eligible for our assistance.

We have learned from prior episodes of repression. We know that the best defense is to be outspoken and for communities to rally around those who are targeted.

For me, my work at the RFC is a way of saying thank you: to the community of people who fought for my grandparents and, so importantly in my life, protected and nurtured my dad and uncle. My sister Rachel and I, along with our cousins Ivy and Greg, owe an enormous debt of gratitude to the hundreds of people, many of whom we’ll never meet, who helped our fathers grow up sane and loving and progressive. I am grateful to be a part of this amazing legacy, and look forward to continuing to “pass it on” to a new generation of RFC supporters, targeted activists, and their children: the RFC family.