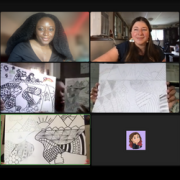 My experiences over the last two years have been defined by three words: pivot, learn, and adapt. This summer was no exception, as I interned with the RFC and undertook virtual programming. 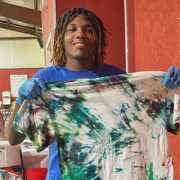 A core part of the RFC's mission is to combat the isolation that makes our grantees vulnerable and deepens the impact of the targeting they experience. And so we are thrilled that three RFC beneficiary families in Alabama came together to convene the first ever “Pass the Mic” summer camp. 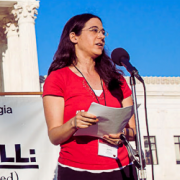 Fifteen years ago (Saturday, July 23rd) was my first day of work at the RFC. I came onboard as the granting coordinator, supporting beneficiary families in applying for and utilizing grants for their children. It’s hard to believe that was a decade and a half ago; this is by far the longest I’ve ever spent at a job and I have no plans to leave any time soon.

New book 'Dreams for a Broken World' to benefit the RFC 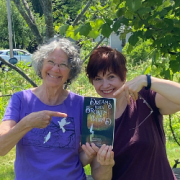 The project began in January 2021. We’d been locked down for almost a year. My fourth novel had been launched into a pandemic-scourged virtual-only environment. Racial injustice and climate catastrophe were vying for my activist attention. I was having a hard time writing new fiction or imagining anything getting better. I certainly wasn’t considering starting an entirely new kind of literary project.

Guest Blog: Why I joined the RFC this summer 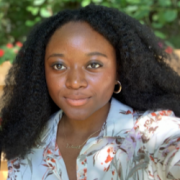 My name is Konah Brownell, and I am a former grant recipient of the Rosenberg Fund for Children (RFC) and an intern at the RFC this summer. I am originally from Liberia but have lived in Massachusetts for nearly five years. My family abruptly left Liberia on October 15, 2016, to avoid the terrifying threats made to my family due to my father’s activism. I was a month away from turning 15 and old enough to comprehend the significance of his work as an environmental and human rights attorney. However, I did not fully understand the hostile nature of his career. In 30 minutes, my family collected our lives in a suitcase, relocated to Ghana, and eventually moved to the United States. When I was uprooted from my home and forced to start anew in the United States, I realized that life can be erratic and that while I have no control over what happens tomorrow, I do have control over what I do now.