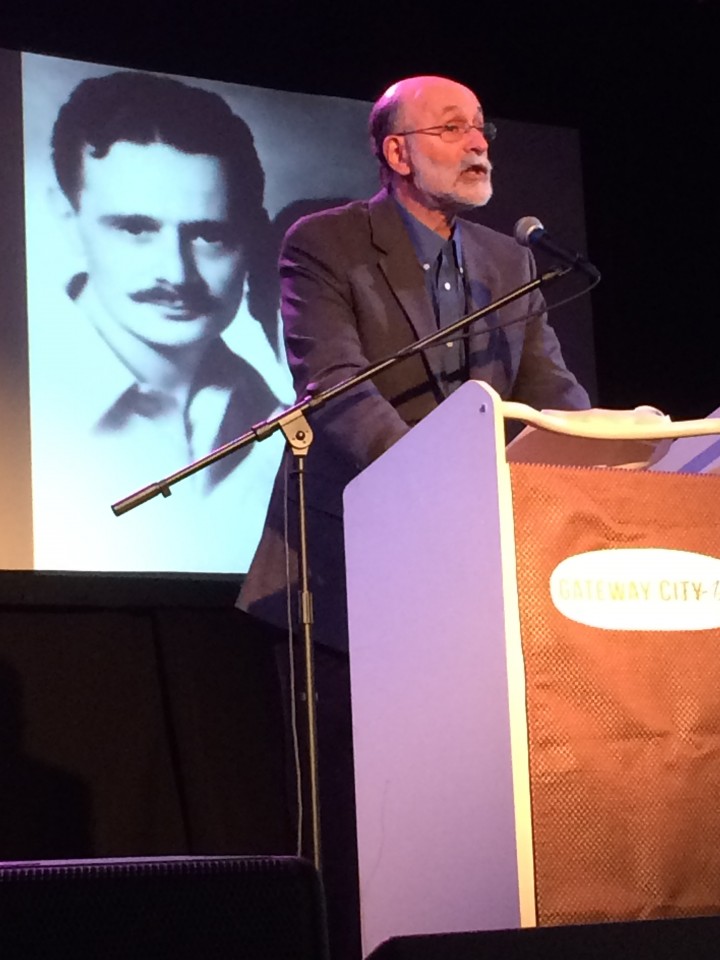 Last fall the RFC was a sponsor of the first-ever Abel Meeropol Social Justice Writing Award presented by Straw Dog Writers Guild to poet Patricia Smith. The Guild was co-founded by my mother, Ellen Meeropol (a member of the RFC’s Advisory Board). My father, Robert Meeropol, spoke at the event about his adoptive father, Abel. The following essay was adapted from my dad’s speech. – Jenn Meeropol

Great Story Jenn, My folks had both old 78 records Strange Fruit and Sinatra's The House I live in. You are fortunate to have folks like Abel to guide you towards a better life.
Love and Peace, Jim

I am the Executive Director of The Jewish Museum of Florida- FIU. I had the honor of meeting Abel Meeropol when he lived here in Miami. I am very interested in hosting an exhibition about him at the museum. Could you please contact me at sgladsto@fiu.edu. Susan Gladstone

Thank you Robert and Jenn for perpetuating this important legacy. It is important to remember and honor our cultural heroes. Paul Robeson is another.

Doris, if you'd like your comment to be public, reply (or add a new one) here, as you did with your original inquiry.

Either way, thank you for your interest and for taking the time to share your thoughts.

Jen - please tell your father that his cousin Bobbi Woolis still has her parents copy of The Eye of the Storm. Sadly, too many of his poems still resonate today. As a child I visited Ann and Able, and Mike and Robbie in their NY City apartment. To this day I remember with much love Ann singing "Hush little Baby" to us, and Able making all kinds of funny sounds. They were brave people and are missed greatly.

Thanks, Bobbi, I passed on the message to my Dad. All my best, Jenn