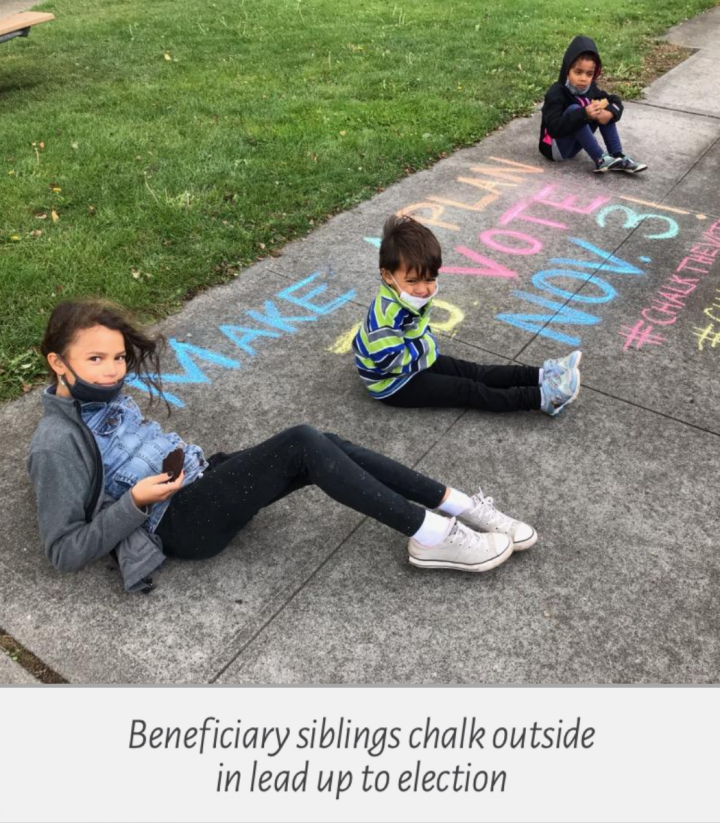 This spring, six new families received RFC grants, joining 64 families whom the Board funded as renewals, and the Board approved one last grant to fund grocery gift cards for families this cycle. In total, the Rosenberg Fund for Children awarded 71 grants this spring totaling over $205,000. This brings the total granted in our 30+ year history to almost $8 million!

We have been blown away by the creativity of beneficiary parents who have found new ways to use their grant funds, and entertain their children, as the pandemic made many activities impossible. We are happy to see some of our beneficiaries will be returning to their activities this summer, with multiple children signing up for summer camps and other recreational activities. For those children who will not yet be returning to their pre-COVID activities, many parents have come up with creative ways to keep them engaged this summer. Here are some of our favorite spring grants:

The RFC has tried to adapt to the changing needs of our community during the current health and economic crisis. Because of this, the RFC will once again offer $200 gift cards to beneficiaries to purchase groceries for the families.

We welcome all the new and returning grantee members of our community and thank all of our supporters for making it possible for us to continue to stand with these children of resistance.

It is with extreme gratitude I feel towards the Rosenberg Fund that allows us to participate in donating...Jen and her crew do so much good. BRAVO

I feel so happy to read about and support your work and today it brought me to tears because when I was a kid my parents were imprisoned in South Africa for their anti-apartheid work and it was only through the generosity of the community I am here today.
Thank You!