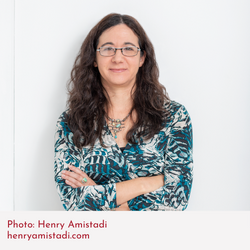 This year has felt like a series of seemingly endless crises, from the pandemic to environmental calamity (fires and storms and floods to name just a few) to the frightening rise in antisemitic, racist and anti-trans speech and violence at home and around the globe. All of these developments are symptomatic of escalating threats to democracy and the frightening rise of fascism.

There are so many examples all around us of what is wrong with our world. In the midst of this reality, I am that much more grateful for our amazing community and the meaningful transformations in our beneficiaries’ lives you make possible.

We awarded almost $410,000 in grants again this year, matching the record amount we awarded last year. In other words, we’re approaching one million dollars granted in the last two years, which would have been unfathomable in the RFC’s early days. Children supported by these grants include almost two dozen new families this year, joining more than one hundred families receiving renewal grants, a sure sign that despite the dire and depressing current landscape, so many people are committed to fighting back, resisting oppression and doing the hard work of building a more just world.

New families who joined our community this fall include the young daughter and teenage son of a long-time community organizer who was elected mayor of his small town only to be locked out of city hall by his predecessor (and the old-boy network which enabled him) and put on probation as an EMT, undermining his ability to care for his underserved community as one of the only local first responders. We also welcomed two siblings, ages nine and 15, whose mom was harassed at work and finally forced to leave her job after advocating for students with disabilities who faced discrimination and abuse in her school system.

These are just a couple of the new families who asked us for vital help for their kids this fall. We are depending on you to allow us to continue to stand with these children and families. Your continued support of the RFC is one important way to push back against the hate and divisiveness that feels as contagious as the pandemic. This is the time to show your solidarity by making a special, year-end donation to the Rosenberg Fund for Children. The young people your contribution will support right now include:

So many of us are tired, discouraged and frankly depressed by our current reality and fearful of the future. But we are not helpless in the face of these attacks. We can come together as a community to support activist families and young activists. And when we do, we’re carrying on a long tradition of resistance that is very personal for me. After my grandparents, Ethel and Julius Rosenberg, were executed at the height of the McCarthy Era Red Scare, my father and uncle survived in part because courageous people worked hard to make sure they had the resources they needed to thrive in a protective, loving home. As we prepare for the 70th anniversary of the executions next June, I know we’re ready to give that same safe harbor to children of activists facing attacks today.

The RFC has been aiding kids like those described above, and many others, efficiently and effectively for more than three decades. The need is urgent but together we can resist the onslaught targeting our community’s brave families. Let’s stand together to support those pushing back against the worst of these times and doing their best to build a brighter future for us all. Please show your support now with a meaningful year-end donation to the RFC.