The RFC at 30: Thoughts from Jenn & Robert Meeropol 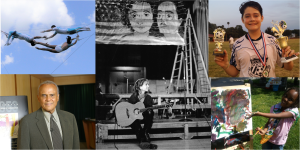 In September 1990, I founded the RFC and became its first Executive Director. In the previous year, three dozen donors responded to my effort to raise start-up funds by taking a leap of faith 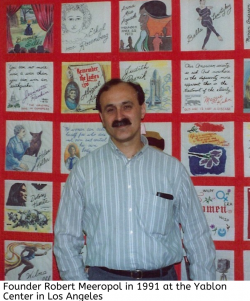 and pledging to contribute annually for four years to enable me to work on this project full-time. The RFC made its first awards in May 1991. Two grants of $402.50 enabled two children of a political prisoner to attend summer camp. At that time, the RFC’s mailing list was under a thousand households.

By the end of 1999, we had over 10,000 supporters nationwide and were awarding $250,000 a year to a wide array of movements including Iraq War resisters, environmentalists, anti-racists, union organizers and political prisoners. At the end of our first decade we also started our Gathering program, in which we bring together former and current beneficiaries between the ages of 18 and 25 for several days of sharing, networking and fun. And we initiated our all-important prison visit grants, a unique program enabling the children of political prisoners to visit their incarcerated loved ones. 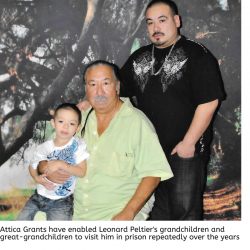 In 2000 we launched our Targeted Activist Youth grants and the following year we held our first Family Gathering for beneficiary parents and their school-aged children. By 2009 we were awarding $350,000 annually and holding Family or Carry it Forward Gatherings every two or three years.

In our first 20 years we staged seven major events: three in Northampton, MA, two in New York City, and one each in Boston and Berkeley. A total of 13,000 people attended these performances!  I am particularly proud of the RFC’s dramatic program, Celebrate the Children of Resistance, created by my wife Elli Meeropol.

The success of the RFC has surpassed my expectations. Not surprisingly, my time at the RFC’s helm was the most fulfilling of my work life. It was especially gratifying to place the RFC’s Executive Directorship in the very capable hands of my daughter, Jenn, when I retired in 2013.

During our third decade, the RFC continued to increase the number and amount of our grants. We awarded $370,000 annually during this period and increased our funding to targeted activist 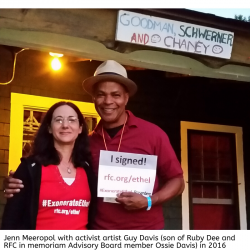 youth and group grants to support activist providers serving communities facing repression. In this ten year span we granted more than half of the $7.3 million we’ve awarded in our history!

In this era we also saw a surge in grants to immigrants’ rights activists and individuals fighting against this inhumane system from sanctuary, anti-police brutality activists, racial justice organizers, and folks trying to halt climate change and protect our planet.

We continued our Gathering programs, holding three more of these vital events to connect our beneficiaries and their families to each other and to our staff and Board. We also greatly expanded our online presence, and we continue to explore ways to use technology to communicate and build community with our beneficiaries and supporters.

We also launched two very successful, major initiatives during our third decade: the effort to exonerate my grandmother, Ethel Rosenberg, and our focus on Artists as Activists.  The latter 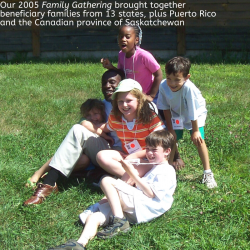 features programming that engages our community with cultural events and raises funds for our work. Under this umbrella, we come together as a progressive community that believes the arts can help create a more just and equitable future for us all.

And to close the decade, we engaged in a Board and staff strategic planning process to reflect on our history and envision our future. A strategic planning report will be available on our new website, which we’ll debut soon to kick off our fourth decade.

I am profoundly grateful that my father (and all of you) have trusted me with the extraordinary organization he dreamed and worked into existence. I look forward to celebrating our first 30 years with many of you in Holyoke, MA on May 9th (additional details on back cover) and I’m excited to be part of what comes next. 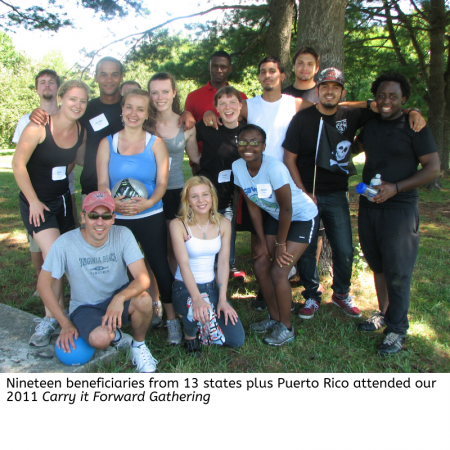 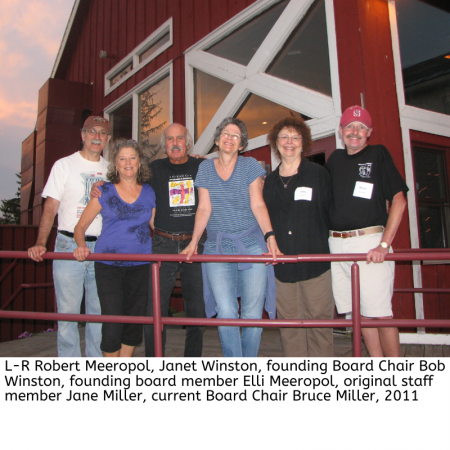