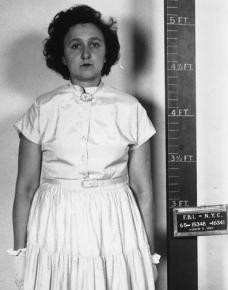 Robert Meeropol is the younger son of Ethel and Julius Rosenberg, who were executed as "atomic spies" in 1953 during the height of the anti-communist witch hunt. Meeropol is founder of the Rosenberg Fund for Children, a foundation he started in his parents' honor to help the children of today's targeted activists. Here we reprint with permission an article from his blog about what would have been his mother's and singer Billie Holiday's 100th birthday.

If Billie Holiday and Ethel Rosenberg were alive, they'd both celebrate their 100th birthdays this year. At first glance they may seem an unlikely couple, but a closer look reveals surprising parallels.  READ MORE