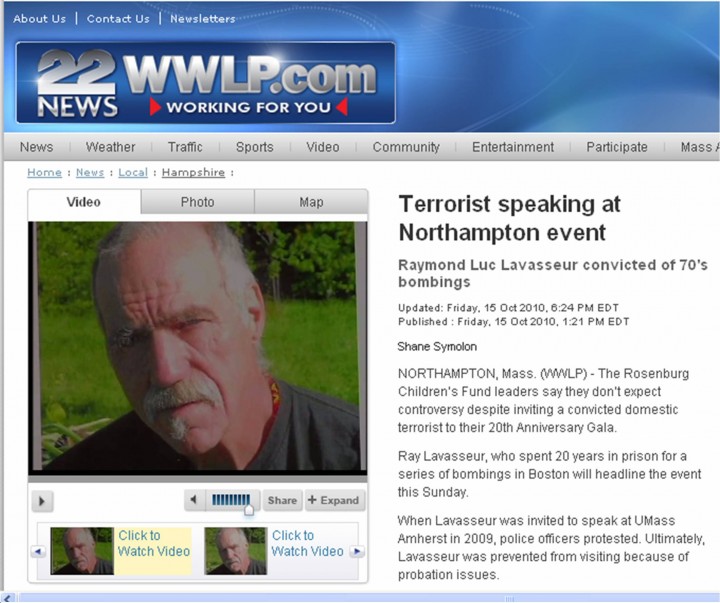 Ray Lavasseur [sic], who spent 20 years in prison for a series of bombings in Boston will headline the event this Sunday.

When Lavasseur was invited to speak at UMass Amherst in 2009, police officers protested. Ultimately, Lavasseur was prevented from visiting because of probation issues.

The Rosenburg Children’s Fund provides money for education, cultural opportunities and counseling for children of activists.

Watch the video at the link above...