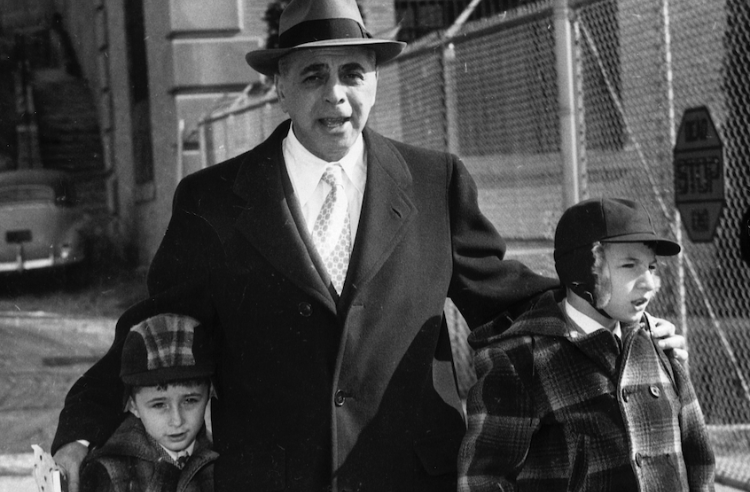 The RFC was founded by Robert Meeropol, who was orphaned at age six when his parents, Ethel & Julius Rosenberg, were executed at the height of the McCarthy Era.

In 1990 Robert figured out how he could repay the progressive community that helped him survive. He started the RFC to help children of targeted activists in the U.S. today- children who are experiencing the same nightmare he and his brother endured as youngsters. Robert's daughter Jennifer Meeropol leads the RFC today.

Since its start, the RFC has awarded more than $7.5 million to benefit hundreds of children in the U.S. whose parents have been targeted because of their involvement in progressive movements including the struggles to preserve civil liberties, wage peace, safeguard the environment, combat racism and homophobia, and organize on behalf of workers, prisoners, immigrants and others whose human rights are under threat.

Robert and his brother, Michael, were six and 10 years old when their parents were killed. Thousands of people they never knew rallied to provide funds that helped them attend progressive schools and summer camps where social justice was celebrated and the history of activism was honored. Robert and Michael were fortunate to be raised by loving adoptive parents, Abel and Anne Meeropol, who were teachers and artists and valued education and creative expression. Both boys found comfort and solace in these nurturing settings, and in their artistic and educational pursuits.

The RFC was created to echo the type of support that Robert and Michael received from the extended progressive community after their parents were killed. We make grants to assist with the cost of services that meet our beneficiaries' educational and emotional needs. Robert knows from experience how vital services like summer camp, art or cultural lessons, therapy, attending a progressive school, or traveling to visit a parent in prison, can be for children today experiencing similar nightmares.