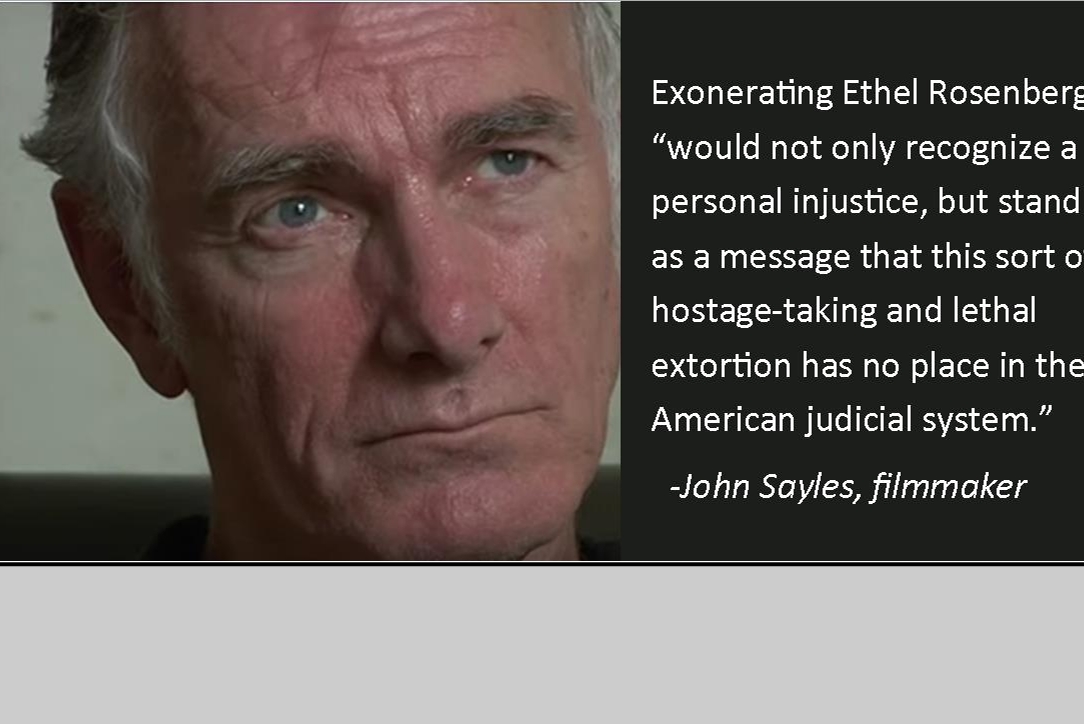 “In preparing a movie script I have done an enormous amount of research on the Rosenberg 'spy case' and have continued to follow developments as new information about the trial is made available to the public. It is very clear that the conviction and execution of Ethel Rosenberg was not based on evidence but on false witness, and that the government prosecution team was not only aware of that fact, but instrumental in eliciting the perjury in order to 'break' her husband's non-compliance with the spy-ring investigation. David Greenglass was pressured to implicate his sister in activities she had no part in to save himself and his wife from incarceration and possibly execution. An exoneration of Mrs. Rosenberg would not only recognize a personal injustice, but stand as a message that this sort of hostage-taking and lethal extortion has no place in the American judicial system.” - John Sayles