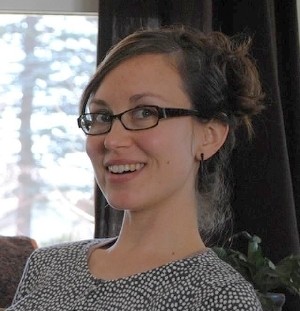 Several major moves have happened recently at the RFC office. After six years running our granting program and other duties, Jennifer Meeropol has taken over from her father (the RFC’s founder, Robert Meeropol) as Executive Director. Amber Black, who has been with the RFC for nearly 14 years, is the new Communications Director. And Julie Johnson, who for three years worked part-time assisting Jenn with granting, has now become our full-time Granting Coordinator.

Julie is the mother of two small girls and is involved with reproductive and environmental justice, and prisoners’ rights movements. She’ll be interacting with our beneficiary families and grant-funded service providers, coordinating Gatherings, and pitching in with many other tasks that make the office run. “I feel passionate about the RFC’s purpose of supporting families and children of targeted activists and also targeted activist youth, and look forward to working more closely with beneficiaries and other members of the RFC community.”

There have also been numerous changes lately to RFC boards. We were deeply saddened to lose Advisory Board members Richie Havens and Toshi Seeger in 2013, but we’re thrilled to announce that folk musicians Mike and Ruthy Merenda, and author and actress Eve Ensler, joined that body after their wonderful performances in our CARRY IT FORWARD event. Ellen Meeropol is the final new Advisory Board member. She left the Board of Directors after 23 years of service, at the same time that we added four new members to that group. Full staff and board listings are available here.