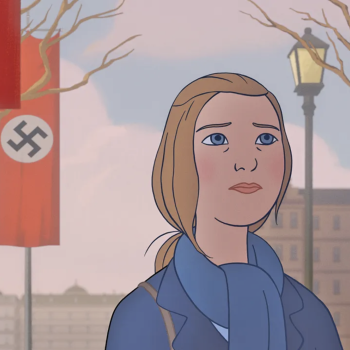 Today's #RosenbergMOTD comes from the Silicon Valley Jewish Film Fest. The all-virtual festival, running from Oct 23rd through Nov 6th, will feature a wide variety of films, including the documentary "Bully. Coward. Victim. The Story of Roy Cohn" by Ivy Meeropol, granddaughter of Ethel and Julius Rosenberg.

The documentary depicts the life of the "infamous" attorney, Roy Cohn, who "prosecuted accused spies Ethel and Julius Rosenberg," and was "chief counsel to Joseph McCarthy during the senator’s anticommunist campaign in the 1950s."

"Bully. Coward. Victim" is scheduled in the lineup for Tues, Nov 1st. Director Ivy Meeropol and her father Michael Meeropol (elder son of the Rosenbergs) will speak during a Q&A after the movie ends.