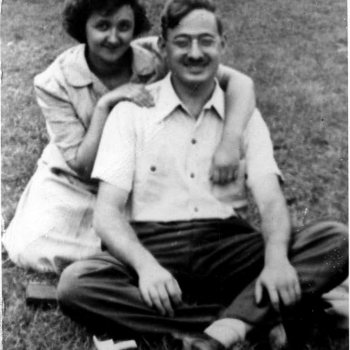 On this day, April 5, 1951, Federal Judge Irving R. Kaufman sentenced Ethel and Julius Rosenberg to death, one week after a jury convicted them of conspiracy to commit espionage.

In his sentencing speech, Judge Kaufman said, "I consider your crimes worse than murder" and that the Rosenbergs' "love for their cause dominated their lives – it was even greater than their love for their children.”

We know now that neither Ethel nor Julius Rosenberg stole the secret of the atomic bomb, and FBI files made public many years later indicated that Ethel was not a spy and was only arrested to use as a “lever” to coerce Julius to cooperate. Both were charged, convicted, and executed nonetheless.