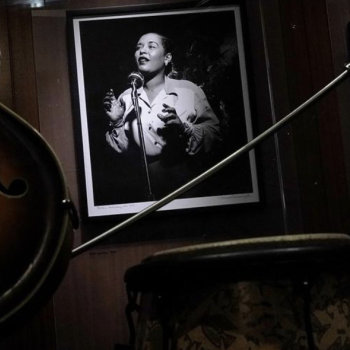 #StrangeFruit Mention of the Day: A news segment discusses the origin of the anti-lynching protest song, "Strange Fruit," written by Abel Meeropol and performed by Billie Holiday. The segment includes interviews with Abel's sons, RFC Founder Robert Meeropol and his brother Michael Meeropol.

Says Robert, “This is not a mournful ballad. It is an attack song; it is an attack on the perpetrators of lynching. That’s why the song was banned in so many places and that’s why it offended so many people because it exposed the rot beneath the gentility that’s supposedly existed so I think that is a really important aspect of the song. And it’s also important to realize the power, the power of exposure and Abel did a terrific job of that.”