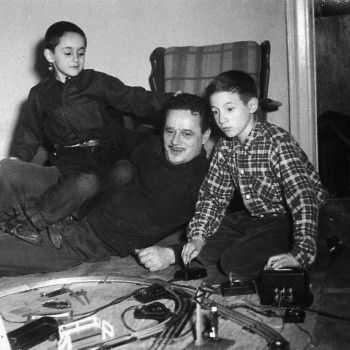 #OnThisDay, February 14, 1910 Abel Meeropol was born. He was a teacher and a poet, most famous for writing the anti-lynching poem, "Bitter Fruit," which he would later adapt to music and retitle as the song, "Strange Fruit."

He once said, “I wrote ‘Strange Fruit’ because I hate lynching, and I hate injustice, and I hate the people who perpetrate it.”

"In 1953, Abel Meeropol was asked to be a pallbearer for Ethel and Julius Rosenberg after their execution ... Later that year he attended a Christmas party at the residence of W. E. B. Du Bois, who had publicly campaigned against lynching. At that party, Meeropol met the Rosenbergs' two orphaned sons; he and his wife Anne later adopted them." (Source: "The Deliberate Knot" by David Thomas Konig https://commonreader.wustl.edu/c/the-deliberate-knot/)