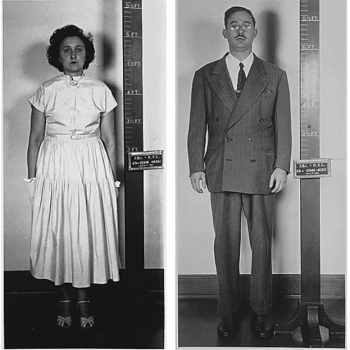 We are honored to learn that The Guardian named this article one of their "US editor's pick: best of 2021." It was originally published on June 19th, on the 68th anniversary of Ethel and Julius Rosenberg's executions. It is a beautifully written piece on Ethel and Julius and Anne Sebba's biography, "Ethel Rosenberg: An American Tragedy," and includes interviews with their two sons, Robert and Michael Meeropol.

This excerpt from the article is one of Executive Director Jenn Meeropol’s favorites of the year:

"The biggest question about Ethel for me relates to her sons...How on earth did they triumph over such a traumatic childhood? Sebba tells me that she asked the same thing of Elizabeth Phillips, the child therapist Ethel used to consult, whom she interviewed before her death.

'She told me it was down to three things,' Sebba says. 'She said, "One, they have an extraordinarily high level of intelligence. Second, they had amazing adoptive parents. But we now know how important those early years of life are, and Ethel must have given those two boys so much in those years that it lasted all their lives. Ethel must have been an extremely good mother."'"