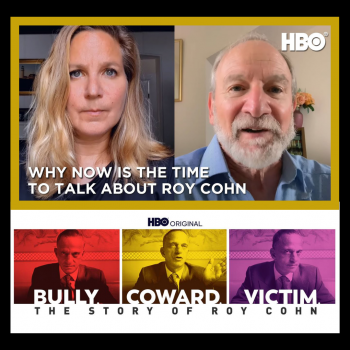 Excellent news to share! Ivy Meeropol (granddaughter to the Rosenbergs)'s documentary "Bully. Coward. Victim." has been nominated for a 2021 Emmy for Outstanding Historical documentary! The film depicts Roy Cohn's life and legacy, and (per HBO's description) "offers an unflinching look at the infamous attorney who prosecuted Ivy Meeropol’s grandparents, Julius and Ethel Rosenberg, and later argued persuasively for their execution in what became known as the 'atomic spies' case."

In honor of the nomination we're sharing this fascinating virtual conversation from 2020 between Ivy and her father Michael Meeropol. They discuss the film, the family's unique perspective on Cohn, and "why now is the right time to talk about Roy Cohn."