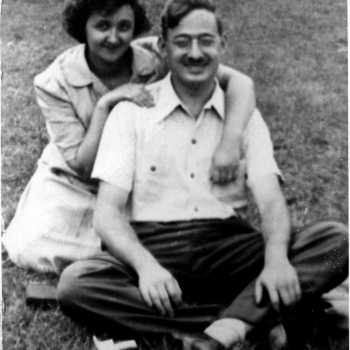 Rosenberg Mention of the Day: As we anticipate tomorrow's anniversary of the execution of Ethel and Julius Rosenberg, we can't help but think of the communities of support who kept hope alive and rallied to their defense, even to the last. We're grateful for the notes we receive, like this one, from community members who still remember where they were and what they were doing in June of 1953:

“On that HORRIBLE night 68 years ago I was in the group that joined hands as we stood still, after circling around the original US Federal Building in Downtown Los Angeles for 2 hours then wept for Ethel & Julius Rosenberg. Many of us younger ones still hoped for a last minute stay of execution, the older of 'us' were less optimistic.” #notesfromourcmmty