Skip to main content
Mention of the Day (MOTD)
strangefruitmotd 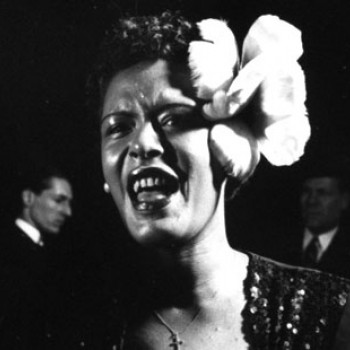 Strange Fruit Mention of the Day: Billie Holiday was initially hesitant to perform "Strange Fruit," an anti-racist protest song written by a communist poet and teacher, Abel Meeropol. And for good reason. She "was (rightfully) concerned about being targeted at her performances" but tested the waters and eventually embraced it as her signature song.

She brought the song to her record label Columbia to record it, and when they refused she approached Commodore Records instead who finally agreed, bringing her music to the masses.

Her performances of the song cemented her place in civil rights history and "Strange Fruit" continues to resonate in activist circles to this day. Performing came at a huge personal cost, however. For her activism, she was targeted by the FBI's Narcotics Commissioner Harry Anslinger, who "decided to make it his mission to destroy the singer and shut down her message about segregation and racism" and led the agency to relentlessly hound her until the end of her young life.