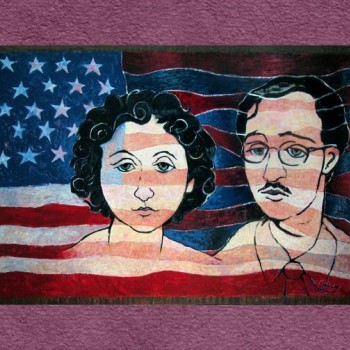 Rosenberg Mention of the Day: #OnThisDay 70 years ago on April 5, 1951, Ethel & Julius Rosenberg were sentenced to death by Judge Irving Kaufman after being convicted of "conspiracy to commit espionage." In his infamous speech justifying the death sentence, Judge Kaufman stated that he considered their "crime worse than murder." He went on to blame them for the Korean War and the resultant lives lost in that conflict, and to accuse them of loving their cause more than their children.