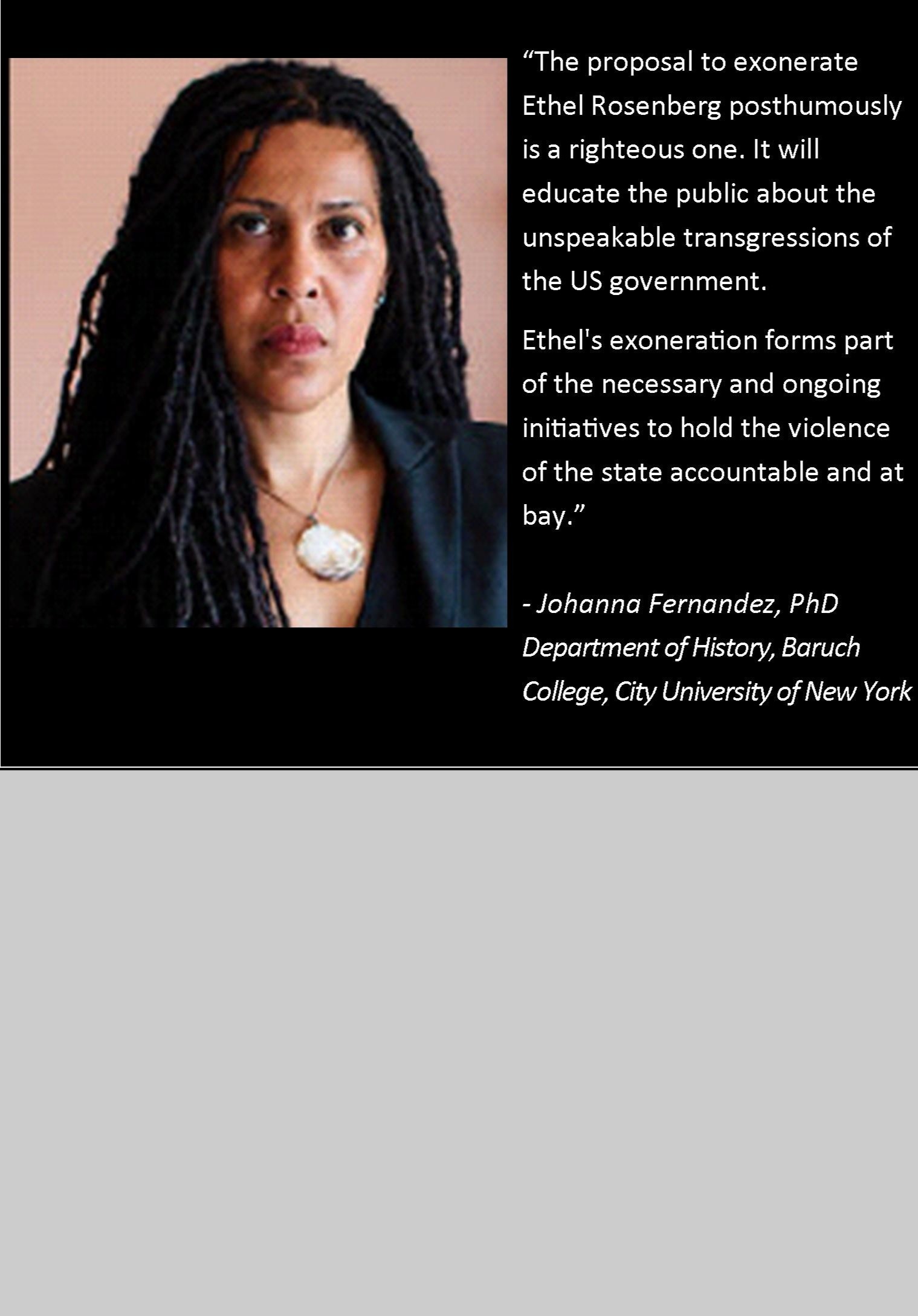 “The 1953 executions of Ethel and Julius Rosenberg represent an abominable state crime against two individuals, and against US society as whole. The hysteria drummed up against the Rosenbergs was unleashed against a range of domestic social critics and used to weaken the most powerful union movement in US history. The executions empowered the FBI and local police to sharpen their repressive tools at the moment when new social movements were re-emerging domestically. From COINTELPRO’s routine disruption of activist life during the sixties to its extralegal execution of Chicago Black Panther leader Fred Hampton – the consequences were grave for many seeking to expand the meaning of American democracy through protest.

The proposal to exonerate Ethel Rosenberg posthumously is a righteous one. It will educate the public about the unspeakable transgressions of the US government. Ethel's exoneration forms part of the necessary and ongoing initiatives to hold the violence of the state accountable and at bay.” - Johanna Fernández, Ph.D.