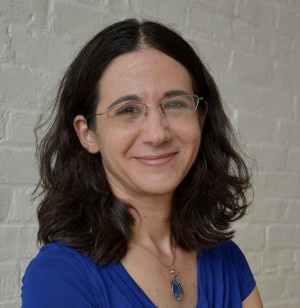 The RFC turns 30 next year. Many of our supporters have been with us for most, if not all, of the past three decades but I bet even some of them may not know about a small but vital grant program: our group grants. The RFC has awarded over $7 million in our history. Of that, significant amounts went to support prison visits, young activists targeted for their own organizing efforts and Gathering programs. But the vast majority of our awards, over $6 million, are what we call regular grants, which provide educational and emotional support to children whose parents are targeted progressive activists. The therapy; time at summer camp; sports programs; music, dance and art classes; and other activities that these grants make possible for children whose parents have faced repression for their progressive activism are at the core of our programming.

Starting in the early 1990s, the RFC made a few awards to support programs for children whose parent(s) survived torture in their Central American home countries. Since then, relatively modest grants of $2000 to $3500 provide group therapy or music programs for dozens of kids from numerous families, while supporting healing programs at community based organizations.

More recently, in a few special cases, group grants have allowed us to fund what the Board has identified as targeted activist organizations. This includes a community center that focused on youth leadership and development through the arts that was illegally evicted because of their landlord’s disapproval of their politics, including the huge “Free Mumia” mural they painted. A group grant also supported volunteer-run cultural programs for youth on a reservation in the Great Plains, which has faced constant repression by government forces and agencies, and was the site of major organizing and resistance during the heyday of the American Indian Movement.

Recently, the Board identified the Highlander Research and Education Center as another such institution. This spring a devastating fire destroyed the main office building that housed the administrative offices as well as some archives from Highlander’s years of incubating critical social justice efforts, including the civil rights movement. A white power symbol was found at the site of the fire, suggesting that it was a politically motivated attack on the Center; the arson investigation is ongoing.

While thankfully no one was hurt, the fire caused enormous disruption and stress for Highlander staff, their families, and the communities with whom they work. Highlander has survived prior targeting, including the revocation of their original charter, confiscation of the land that comprised their first home, and threats and harassment by the Klan and local officials. They remain steadfast in their commitment to rebuilding and continuing their efforts and we are proud to support their programming.

A group grant from the RFC will allow Highlander staff’s children to attend their Children’s Justice Camp while also subsidizing costs for the children of “extended Highlander families” who come from socio-economically marginalized communities, many of whom have experienced targeting from ICE or other forms of state violence.

Much more than a monument to past victories or repository of historic struggles, Highlander Center is, in their own words, “a catalyst for grassroots organizing and movement building in Appalachia and the South” and they are committed to nurturing the next generation of radical leaders and activists. For more than 85 years, they have lived their commitment to passing on the lessons of their storied past while prioritizing the creation of spaces for current grassroots leaders to work for “justice, equality and sustainability in their own communities.”

I am grateful for the opportunity to stand with this “sacred movement home” as they rebuild from a hate-filled attack on their vital work carrying forward progressive values and actions across generations. Thank you to the entire RFC community for helping make grants like these possible. -- Jenn Meeropol, Executive Director

"Our community requires an organization that aids children in this country whose parents have been targeted in the course of their progressive activity. Please join me and the thousands of RFC supporters who stand with those who resist."