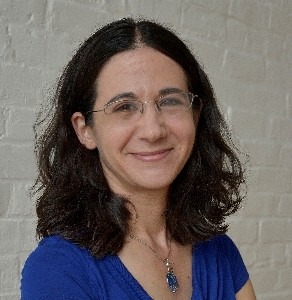 This is my first report as Executive Director of the Rosenberg Fund for Children, a job I assumed on September 1st from the founder and only previous leader of the RFC, my father Robert Meeropol. I’ve had an opportunity to meet many of you over the past six years while I’ve worked as first the RFC’s Granting Coordinator and then the Associate Director. I look forward to getting to know more of you in the years to come.

I’m excited to be taking over the leadership of the RFC as we explore new technologies to better communicate with all of you, and as we reach out to new communities of supporters and activists. I’m committed to the RFC’s core principle of passing on progressive values from one generation to the next, which is now playing out on many levels.

As we lose RFC donors from my grandparents’ generation, their bequests are helping fund our future, and their younger family members are becoming contributors themselves. There are former RFC beneficiaries whom we supported all through their childhood, who now have kids of their own and are giving back to the RFC when they have the means to do so. We also now have several beneficiary children receiving support, whose targeted activist parents used to receive our support themselves because of their own parents’ activism. On a more personal level, I—representing the next generation of the Rosenberg/Meeropol family—am stepping up to lead the RFC into the future and sustain the values of resistance and community that my grandparents, and those who fought for them, embodied.

My work at the RFC is my way of saying thank you to the community of people who fought for my grandparents and, so importantly in my life, protected and nurtured my dad and uncle. My sister Rachel and I, along with our cousins Ivy and Greg, owe an enormous debt of gratitude to the hundreds of people, many of whom we’ll never meet, who helped our fathers grow up sane and loving and progressive.

Those of you who have read my dad’s memoir know that he thinks of the RFC as his constructive revenge: his way of transforming the negative of his parents’ execution into something positive for the future. You know from his final Executive Director’s Report in the last newsletter (available here) how much satisfaction he has derived from the success of the RFC project and our collective ability to stand with targeted activists and their children.

I already feel connected to all of you who have supported my dad’s vision of an organization committed to protecting children living similar nightmares to what he survived, and who have helped make the RFC vibrant and strong for over two decades. Despite the change in leadership, we will keep doing what we’ve been doing since our beginning: being a reliable source of ongoing support for the children of targeted activists and for targeted activist youth, and ensuring that these vulnerable kids will not face oppression alone.

Finally, I can’t end without saying thank you—on behalf of all of us—to my dad, for the amazing organization he began and lovingly nurtured, and for the opportunity he has given me to carry it forward. I encourage those of you who feel the same to make a special, tribute gift in honor of his 23 years of service.