About the Exonerate Ethel Campaign

About the Exonerate Ethel Campaign
Image 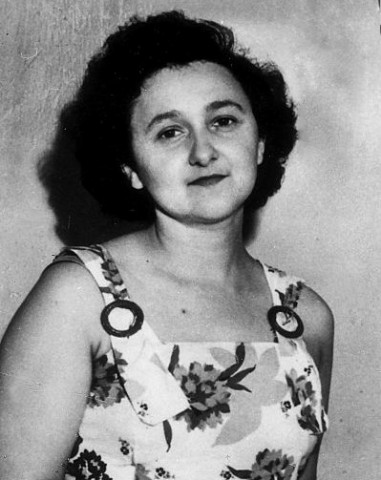 Why was there a campaign to exonerate Ethel Rosenberg?

In July 2015, previously secret government material at the heart of the case against Julius and Ethel Rosenberg was made public . It demonstrates that the U.S. government knowingly manufactured the case against Ethel to pressure Julius to cooperate.

As a result of this release, the Rosenberg Fund for Children – in concert with Julius and Ethel's family – launched a petition  at www.rfc.org/ethel calling on President Obama to exonerate Ethel before he leaves office.

Who supported the campaign?

Why was this effort important?

It was essential to do this because:

A message about the campaign from Ethel's granddaughter (recorded in 2016)

A collection of campaign materials -- including the letter from Michael and Robert Meeropol to President Obama requesting he exonerate Ethel and supporting materials; letters of support from elected officials; a Boston Globe editorial supporting exoneration; and a report from Seton Hall Law School Center for Policy and Research detailing the miscarriage of justice in the arrest, prosecution, and execution of Ethel Rosenberg -- are all available here.