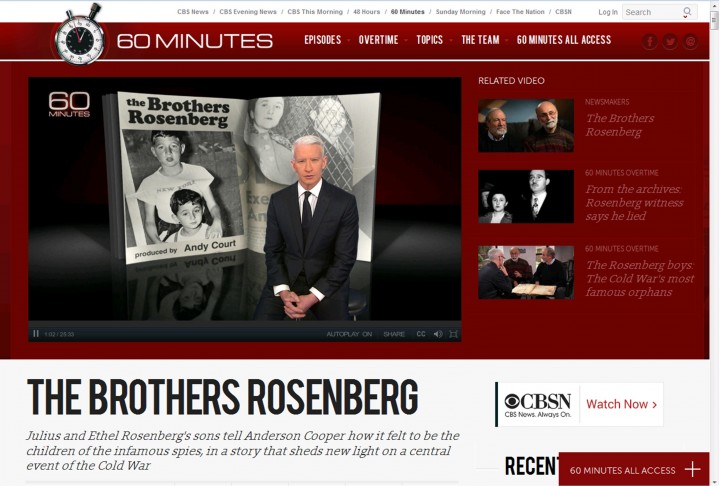 Julius and Ethel Rosenberg's sons tell Anderson Cooper how it felt to be the children of the infamous spies, in a story that sheds new light on a central event of the Cold War

Before he leaves office, President Obama will have to sort through more than 13,000 petitions from federal prisoners seeking pardons or reduced sentences.  But one of the most unusual requests he has been asked to consider concerns two people who were already executed, more than 60 years ago. It was called “The Crime of the Century.”  In 1953, Julius and Ethel Rosenberg were sent to the electric chair for conspiring to provide the secrets of the atomic bomb to the Soviet Union. They left behind two little boys, Robert and Michael, just 6 and 10 years old at the time.

The brothers Rosenberg were the orphans of Communist spies at the height of the McCarthy era. Relatives were afraid to take them in. One town blocked them from attending its schools.  What ever happened to those two little boys? They’re the ones asking President Obama to proclaim that their mother was wrongfully convicted.  It’s a remarkable story, a piece of American history that hasn’t been fully told. Watch the full segment at the link above.