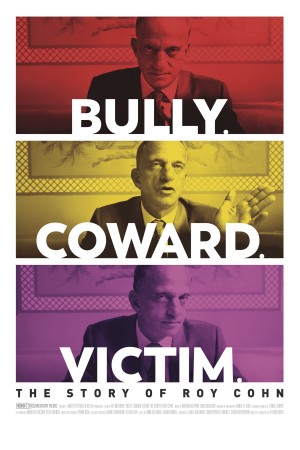 Ivy Meeropol’s documentary, “Bully. Coward. Victim.: The Story of Roy Cohn,” premiered on HBO on June 19, 2020 and will be available for a limited time on demand/streaming for HBO and/or HBO MAX subscribers (learn more at here and at HBO Max).

The film explores Cohn’s role in the prosecution of Ethel and Julius Rosenberg, his rise to prominent fixer status in New York in the 1960s and 70s, and his time in Provincetown as a homophobic, closeted gay man. Unlike others who have chronicled Cohn, who has received increased media attention ever since the election of his mentee, Donald Trump in 2016, Meeropol has a very personal connection to her subject.

“Roy Cohn made his name prosecuting and pushing for the execution of my grandparents Ethel and Julius Rosenberg,” said Meeropol, whose father is Ethel and Julius’ older son, Michael. “Many years later he became Donald Trump’s lawyer, mentor and close friend. If there was ever a time to reflect on how we got here it is now. I am so grateful for the opportunity to share the film with HBO audiences.”

We’re hoping to offer a virtual talkback for members of the RFC community with filmmaker Ivy Meeropol and her father, Michael, this fall. We’re aiming for October, exact date & time TBD. We’ll post additional information on the News section of the front page of our website and on our Facebook page as soon as it’s available.