From Robert and Michael Meeropol: Exonerate Our Mother, Ethel Rosenberg 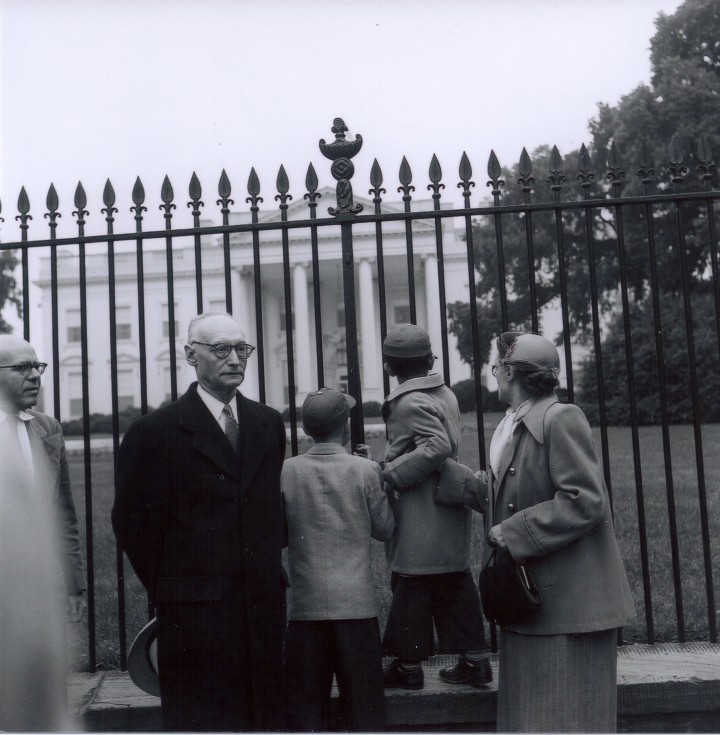 By MICHAEL MEEROPOL and ROBERT MEEROPOL

Our parents, Ethel and Julius Rosenberg, were executed on June 19, 1953, after being convicted of conspiracy to commit espionage. That was the formal legal charge, but in the public’s mind they were executed for providing our archenemy, the Soviet Union, with the ability to destroy our country with atomic bombs. Theirs was the most sensational case of the McCarthy period.

Last month, the grand jury testimony of our uncle David Greenglass, who died last year, was made public, the latest in a trove of material released since 2008 after we and others filed a legal action. Back then, we concluded that our father was legally guilty of the conspiracy charge, but not of atomic spying, and we maintain that neither of our parents deserved the death penalty.

The newly released 46-page transcript — along with previously released testimony and other records — demonstrates conclusively that our mother was prosecuted primarily for refusing to turn on our father. We now call on President Obama to acknowledge that Ethel Rosenberg was wrongly convicted and executed.

The evidence presented against Ethel at the trial, in March 1951, consisted mainly of testimony by her brother, David, and his wife, Ruth. They testified that in November 1944, Ethel helped Julius persuade Ruth to recruit David (an Army machinist working at the weapons installation in Los Alamos, N.M.) into Julius’s espionage ring. They testified that Ethel participated in a September 1945 meeting at which David gave a sketch to Julius of a cross-section of the bomb, and at which Ethel typed David’s handwritten notes explaining the diagram.

The record refutes these claims. David’s grand jury testimony, on Aug. 7, 1950, made no mention of any such meeting with Ethel, much less the typing.

Responding to questions about spying, David told the grand jury: “My sister has never spoken to me about this subject.” The transcript shows that David had no doubts about this: “I said before, and say it again, honestly, this is a fact: I never spoke to my sister about this at all.”

The new transcript affirms what we know from Ruth’s own grand jury testimony, on Aug. 3, 1950, in which she made no mention of a September meeting. While she said that David had passed information to a courier in New Mexico in June 1945, she asserted that they transferred no material to our father afterward. The very next day, Aug. 4, David told a prosecutor that he had given the cross-section sketch to Julius sometime that fall in New York City. Three days later, we now know, David repeated this story under oath, contradicting Ruth’s account. By the time of the trial, this story had grown into the Sept. 25 meeting at the Rosenbergs’ apartment.

Decades later, David, who served 10 years in prison for conspiracy to commit espionage, admitted to the New York Times reporter Sam Roberts that he had lied about his sister in an effort to protect his wife, though David refused to authorize the release of the grand jury transcript before his death. (Ruth, who was never charged, died in 2008.)

We believe that David and Ruth invented the Sept. 25 meeting to shift blame to our parents for leaking the bomb sketch. Our careful analysis of Soviet and American files suggests that Ruth had planned to share the materials with a K.G.B. agent (without any Rosenberg involvement) on Dec. 21, 1945. Soviet archives reveal that the materials arrived in Moscow six days later. Decryptions of Soviet cables by the National Security Agency reveal that the K.G.B. gave Ruth a code name and considered her a spy.

The flimsy case against our mother began after Julius’s arrest in July 1950. An assistant attorney general told the F.B.I. that there was “insufficient evidence” to charge Ethel, but that she could be used “as a lever against her husband.”

In February 1951, a month before the trial, a federal prosecutor told a congressional committee: “The case is not too strong against Mrs. Rosenberg. But for the purpose of acting as a deterrent, I think it is very important that she be convicted too, and given a stiff sentence.”

Even now, some observers insist that both Julius and Ethel recommended the recruitment of Ruth as a spy and that Ethel had knowledge of and agreed with her husband’s activities.

It is impossible to prove that someone played no role in a secret conspiracy. Yes, the evidence indicates that Ethel was at least generally aware of Julius’s activities. When Julius importuned Ruth to ask David to spy, Ethel encouraged her, according to Ruth. The K.G.B. files, however, tell a different story. They report that Ruth felt it was a “privilege” to be asked. They also note that rather than encouraging Ruth, Ethel urged caution. Assuming the K.G.B. files’ accuracy, this could indicate that Ethel, rather than Ruth, was the reluctant one, or it could have been part of Ethel’s effort to protect the secrecy of their work.

Other skeptics point to the Venona intercepts, intelligence cables from Soviet agents in the 1940s that were released in 1995. One snippet stated that “Liberal” — Julius’s code name — “and his wife” recommended Ruth. (Scholars mostly agree that the intercepts show that Julius was a spy, but don’t agree on the extent of Ethel’s involvement.)

We will never know what our parents told each other in private, but we are certain of this: The Greenglasses’ lies were necessary to obtain Ethel’s conviction; the K.G.B. did not give her a code name, and evidently did not consider her a spy; and the prosecution’s strategy was to use Ethel to coerce her husband to confession.

Shortly before he died in 2001, William P. Rogers, who was deputy attorney general of the United States at the time of our parents’ execution (and later secretary of state under President Richard M. Nixon), admitted to Mr. Roberts, who wrote a book about David, that the government’s objective was never to kill the Rosenbergs, but to get them to talk. He said of Ethel, “She called our bluff.” This statement shocks the conscience.

Our mother was not a spy. The government held her life hostage to coerce our father to talk, and when that failed, it extracted false statements to secure her wrongful execution. The apparent rationale for such action — that national security demanded it during a time of international crisis — has disturbing implications in post-9/11 America. It is never too late to correct an egregious injustice. We call on the government to formally exonerate Ethel Rosenberg.

Michael Meeropol­ is professor emeritus of economics at Western New England University and editor of “The Rosenberg Letters.”

Robert Meeropol is the founder of the Rosenberg Fund for Children and author of “An Execution in the Family.” They are the authors of “We Are Your Sons.”