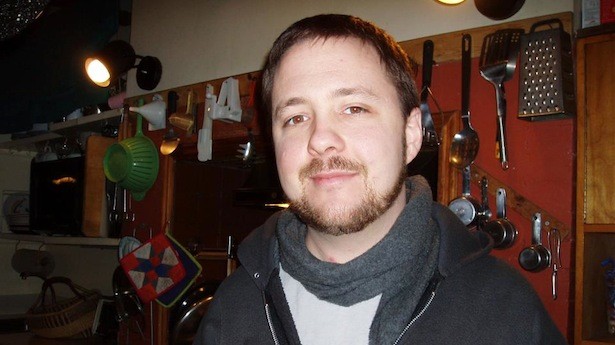 For the second week in a row I am compelled to write about someone represented by the Center for Constitutional Rights (CCR), and more particularly by my daughter, Rachel Meeropol, who is a senior staff attorney there.

Daniel McGowan pleaded guilty to an environmentally motivated arson in 2006 and is now serving the last six months of his seven-year sentence at a halfway house in Brooklyn. My daughter got involved in his case when the CCR filed a suit attacking the constitutionality of his transfer to a “Communication Management Unit” (CMU) during his imprisonment. In these units, inmates’ communication with the outside world is limited to one 15-minute phone call a week and two two-hour visits a month. Rachel described the CMUs “[as] political prisons. These people are being targeted to limit their ability to communicate with the outside world, and to limit their ability to be political people.”

Daniel McGowan was swept up in a wave of “Green Scare” cases that generated a number of RFC beneficiary families. In 2010, Daniel believed he was transferred to the CMU because he remained politically active in prison and published a blog. Lauren Regan, his criminal defense attorney, with whom I toured the Pacific Northwest in the fall of 2007, noted that the only difference between Daniel and other Green Scare defendants who were not transferred was “the outreach that he was doing and the voice that he had behind bars.”

The CCR’s legal action recently forced the Bureau of Prisons (BOP) to provide McGowan with documents outlining the reasons for his transfer. On Monday, April 1st, 2013, Daniel published an article in the Huffington Post entitled: “Court Documents Prove I Was Sent to the Communications Management Unit (CMU) for My Political Speech.”  On Thursday he was seized at the halfway house and confined in the Metropolitan Detention Center in Brooklyn because he’d published the blog. The BOP cited its regulation prohibiting prisoners from “publishing under a byline” to justify this action. They neglected to mention that the regulation in question was dropped in 2010, three years after a federal court had declared it unconstitutional.

This is a “let me get this straight” moment…The BOP retaliated against McGowan for writing constitutionally protected political blogs by placing him in a Communication Management Unit and then after he was released, re-imprisoned him when he exercised his free speech rights by writing an article complaining about it. Kafka is twirling in his grave.

The CCR’s lawyers scrambled, the BOP acknowledged its “mistake” and McGowan was back in the halfway house the next day.

But was this really a mistake? It could be a case of bureaucratic incompetence, but there is another more ominous possibility. Perhaps the BOP knew that the regulation was no longer in force, and that his attorneys would move quickly to obtain his release, but they decided to cite it as an excuse to put Daniel through 24 hours of hell to punish him and deter others. He won a victory, but he paid a price. Perhaps one day his attorneys will through further discovery get to the bottom of this, but who knows when, if ever, that will happen.

I suspect we’ll never know, but given the BOP’s history and its actions last Friday, I remain suspicious. The CCR’s press release states that when he was returned to the halfway house, “Daniel was provided with a list of prohibited activities by halfway house staff, which he was required to sign. The list forbids him any media contact without BOP approval, though BOP regulations only require preapproval of in-facility interviews. It also prohibits him from publishing any writing of his own without prior BOP permission. As far as we know, this is a made-up rule applied only to Daniel, in a further attempt to chill his freedom of speech.”

I can’t help but think, as we approach the 60th anniversary of my parents’ execution, how important the publication of my parents’ prison correspondence was in galvanizing the movement that fought to save them. What if the federal government had muzzled them in a Communication Management Unit? Even in the depths of the McCarthy period the government didn’t consider such an action. But today, after 60 years of “progress” thousands of federal prisoners are gagged in this manner.

From Eduardo Galeano's, 'Days and Nights of Love and War', reflections on the Uruguayan and Argentinian state's repression by murder, torture, and 'disappearances', an appropriate observation of state power.

"Censorship truly triumphs when each citizen is transformed into the implacable censor of his own acts and words."

Hang In There We Must

Dreadful plus, what's going on these days in the U.S. of (greed and power) A.(ddiction).

Hang in there we must, for the sake of our kids and generations to come. And, raise Irish hell we must do also, in this Police State Ain't Great of ours. Revolution/implosion - it's a comin', for sure.