Periodically the media asks me to provide them with family photographs from before the time of my parents’ arrests. I tell them that the FBI seized all my family’s possessions when my parents were arrested including all their family snapshots, so all I have are a couple of pictures given to me later by relatives. As young adults my brother and I tried to retrieve our parents’ possessions, but were told that they had been destroyed or lost. Sometimes I imagine them stacked in a dusty corner of an impossibly large federal warehouse.

I was angry when I first learned about this almost 40 years ago, but now it hardly ever crosses my mind. I learned something the other day, however, that reopened this old wound.

I first heard about the case of the Ohio 7 in the late 1980’s. The defendants, three married couples and a single man, were charged with three counts of seditious conspiracy and faced sixty years in prison. Most had already been convicted of other crimes related to their revolutionary activism and were serving long prison sentences. Each couple had three children. The government’s mistreatment of the children after their parents’ arrests is what inspired me to start the RFC.

Over 20 years have passed and a doctoral student at the University of Massachusetts has recently begun to research the Ohio 7 case for his dissertation. Perhaps not coincidentally, this student is also the newest member of the RFC’s Board of Directors. After communicating with the National Archives Records Administration (NARA) he was informed that over 30 cartons of material were housed only 70 miles away.

Last month he spent a day doing an initial survey of their contents. He told me that he was surprised to find hundreds of photographs of the family of one of the defendants while sifting through the boxes. Currently, the family has almost no pictures of their children from before their parents’ arrests.

Although Dad is still in prison, Mom was released long ago, and the government never claimed that any of the children were involved in criminal wrongdoing. While the authorities may have had the legal right to seize this family property in 1985, any government interest the photos may have served has long-since evaporated. However, while the prints may have no value to the government, they are invaluable to family members. Still, they are in the possession of the National Archive, and who knows how many hoops the family will have to jump through to reclaim what is rightfully theirs, or even if they will ever get this property back.

Without the researcher’s interest, the photos could have sat forever forgotten or even been destroyed in some careless housecleaning. It is just luck that the family has learned of their continued existence. Evidently government officials still take no responsibility for returning seized family property to its rightful owners after they no longer need the material. I suspect many other families are in a similar situation.

This reminded me of my own lost history. It also made me think again about why I started the RFC. I saw kindred spirits in the dozens of children of political prisoners my initial research revealed. This story of another family’s seized photographs revealed one more bond I have with them. 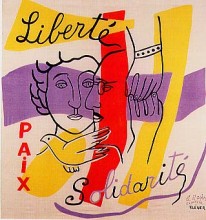