I have been overwhelmed by the dozens of responses to my last posting. I have also been very impressed with the level of discourse. This reinforces what I’ve noticed at dozens of RFC events I’ve attended over the years – the RFC has attracted a great community of support, and it is a pleasure to know you!

I have one comment about the discussion that I’d like people to consider. I believe that many who commented saw this as a conversation between them and me. No one is addressing other’s responses. I welcome the development of a community-wide conversation and hope you will consider this in the future.

I’ll spend the rest of this blog responding to a few of your comments.

Four people felt I missed the point because 9/11 was an inside job. I’m not going to address this issue. Four more felt it was wrong to prosecute KSM while war criminals Bush and Cheney remain free. I agree. One person wrote that this was really just a small part of the much bigger question of how to clean up the Bush mess. I agree. A dozen supported the idea of an international tribunal for KSM as a better solution than a trial in the US. Most agreed that this would never happen, but one person asked how we could promote this idea. Our government does not accept the jurisdiction of the World Court, but that doesn’t mean we shouldn’t raise this question with our friends and in our community.

I also feel compelled to answer several points raised by the remaining 15 or so respondents. One person wrote that he/she thought KSM planned to plead guilty making everything I wrote moot. I’m not sure that’s what he plans to do, but even if he does, how do we know that he is capable of making that judgment rationally after being water boarded 183 times? Another wrote that I was “too idealistic,” that Obama’s plan was the only way to do something in the name of justice. I fail to see how you can apply justice if you have to ignore injustice in order to do so.

A third person, quite thoughtfully and practically, stated that the best we could do was provide KSM with an excellent energetic defense that would fight everything to the Supreme Court. Another wrote in a similar vein that a trial might expose the travesty of what happened. I agree this might produce some good results, particularly if the defense can to some degree at least, turn the tables and put the government on trial. But even if this happens, won’t our courts by allowing the trial and sentencing of KSM to go forward be letting the government get away with its treatment of KSM without suffering any adverse consequences for doing so? Wouldn’t that amount to judicial tolerance of torture? Someone else wrote that “I seem to hold some faith in the legal system.” I can see that a reader of my blog could conclude that I believed to some degree in the theoretical basis behind our legal system, but not that I had much faith in the way the system actually works.

Finally, I laughed out loud at the comment from the Australian who wrote that Americans should “stop being so in awe of your leaders; kick their asses.”

I hope that all who have engaged this topic won’t let it drop. Let’s talk this up with family and friends, maybe write a few letters to newspapers. Perhaps we can get a progressive buzz going about it, and who knows, we might even have some influence on the tone of the national debate.

I'm very curious to see who ends up defending Khalid Shaikh Mohammed, and what fallout they experience from doing so.

I have some strong feelings on the subject which I would like to share. First, I am not a lawyer (I wish I had been but I was a social worker instead) but I think that trials should be held in the area where the crimes occurred. I think that it is the law except when a change of venue is needed. In this case NYC is the place. In the US we stand by the rule of law and these people needed to be tried in a civilian court as they were not soldiers in the service of their respective countries. Second, the terrorists, and we are not saying "alleged terrorists," are going to get a fair trial. They are guilty. They have said so. They will be sentenced appropriately. We can not let fear of plots against us keep us from holding trials and holding people in prison indefinitely. That is not our way. If we do that than we are as bad as the dictators in Iraq, Iran, Saudi Arabia, etc. I know people have strong feelings about letting these people onto US soil. Especially in NYC. It is not like Shiek Khalid Mohammed is going to go running around. He will be in a secure facility. As for their political rants. Let 'em rant. No one cares what they say. They are crazy. Don't publicize their propoganda to jihadists. Jihadists don't need encouragement. They are already "there." We can not let fear rule us as the Republicans would like. The Republicans thrive on fear mongering. I can certainly understand why you have concerns about the fairness of the American trial system. Yet we must do our best to see the terrorists have a fair trial and then sentence them. While I am against the death penalty I would certainly make an exception in the case of Shiek Mohammed and his fellow terrorists. Better yet, sentence them to life imprisonment, in solitary. No family or friends visiting, no newspapers or tv. Just books and a pen and paper. To me that would me worse than a death sentence. As for their friends trying to get them out of prison - put them in a federal prison and tell no one which one it is. In the world we know now no one is safe anywhere. Some crackpot will always try something. We can not live in fear but must go on and do our best.-Judy Alfonsi

I agree with your assessment of the possible trial of Mohammed. Of course not in NYC. He should be tried internationally by a neutral tribunal. The defendant's own wishes re his guilt or the death penalty to me are irrelevant. I have been disappointed w/Obama almost from the day he took office ... this is the first comment I have read of yours pertaining to other political matters, & it's a great idea to share ideas with the RFC community

Mohammed is not an American citizen, so I do not think he is entitled to the rights of an American, such as trial by jury.

I think he is a prisoner of war who has allegedly committed an act of war against the US.

What happened to German or Japanese prisoners of war during World War II who were found to have committed acts of war against US soldiers?

Were they released after the war was over?

In Mohammed's case, is the war over?

Sorry if I sound a bit obtuse in this matter.

It is a common misconception that only American citizens enjoy rights under our constitution. The constitution contains no such limitation. Everyone tried under our system is entitled to all of the rights of our system.

If Mohammed were held as a prisoner of war, we'd have all the rights listed in the Geneva Convention and would be tried under our code of Military Justice. This might well have been a fair thing to do, but the Bush administration refused. 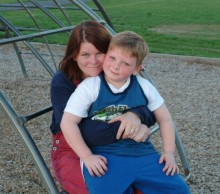